What is meant by Giant Games?

Giant games are huge expanded versions of popular family games. Super expanding these games helps you to take it out the yard. During summer, for example, you may want to have fun activities at an outdoor party. The best way to maintain the relevance of the games would be to use huge versions of the same games you are familiar with. Giant games include games popular among all ages such as board games.

Making jumbo sizes of scrabble, twister and Jenga, for example, gives you the opportunity to have fun with almost anyone. Next time you have family reunions and lacking ideas, find a giant game for the yard. Others like Cornhole and KerPlunk can also be blown up more fun at the yard party. You will be surprised to find common house games more fun and exciting. Here are some types of giant games you can enjoy. Unlike the normal size board games, the giant games take more time to finish. You will be required to carry blocks with both your hands and move around. You are obviously used to using your fingers and the slightest movements possible. With giant games, however, your body might sweat as you stay active moving around the yard.

Giant Connect four is played by 2 people and mostly played by school kids. It is a good choice for yard games both for adults and children. Traditionally, it has a drawing of a 7 by 6 grid with 7 as the base on a paper. It will only cost you USD 60 and approximately four hours to construct the giant version. The complex part comes when you lay out the holes with a drill.

Connect four is popular among all ages and played everywhere so everyone can participate. It is easy to involve the attention and participation of everyone because it does not require energy or lots of intellect. Be sure to build a giant board of connecting for at your backyard as you prepare for a party or family reunion.

Fill the x and O from the bottom in turns. Let player one be X and player 2 be O before beginning the game. Begin by filling the center 4th column and you will be the likely winner within 41 moves. A player will only win when either they have a line of either an X or O. They can follow up a vertical, horizontal or diagonal line. Each player should put their parts to block

the other team from completing their four consecutive pieces. The player who fills the final 7th column completes the game.

The red circles in the image depict a double attack.

Cornhole is played by four people with two on each side. To play Cornhole, first find a flat surface on your yard, a parking lot or the beach. Lay your boards with cornhole on the flat surface facing each other. They should be 27 feet apart. You will be directly across your partner. Pick your bags and get ready to throw in. Cornhole is common in the Southern states and is a good gift for your friends and family. You can design one for them too.

Building your cornhole game from scratch at home is easy. All you will need are a few tools and the blueprint of the structure. It will be worth it to make a game that will make you proud of yourself. it would be better to get the easiest, cheapest and most convenient option though. If your story has an offer on prices then take advantage of it.

First, decide who goes first then take turns to pitch the bags. Stepping your foot in front of your board as the throw is an offense. The penalty will be to pelt the offender with more bags. A tossed bad should not touch the ground. Remove those that do and also those that hang off the board. After all the 8 balls have been played, the team with the most points is the first to throw in the second round.

To determine the score and winner simply count the bags. A bag remaining on the board is worth 1 point while one in the whole is worth 3 points. Compare the points with the opponent. To get the next thrower in case of a draw, cancel out the game and begin from scratch. The team that wins the game twice in a row wins the match.

You might be used to the small board games in your child’s room so much you no longer find it fun. When you try the giant versions you will be enthused by the massiveness of every action. When the huge blocks finally come crashing down, you will be yelling timber at the top of your voice.

There is no more need to wait through boring barbecues. You have games to keep you energetic all through a party. Camping trips and family reunions no longer have to be boring or dependent on alcohol to inspire activity

0 thoughts on “What is meant by Giant Games?” 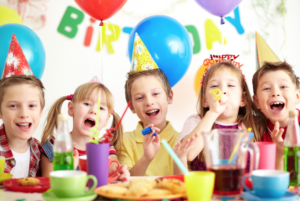